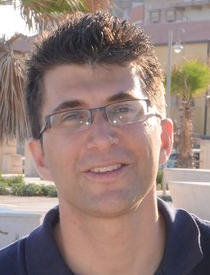 My research interests span the broad areas of social network analysis, computational social science, and social stratification.  My work on cumulative advantage investigates how small, random differences in early success between people can with time, through positive feedback, grow into large gaps between the successful and unsuccessful; and how a person or thing can remain highly popular when a less popular alternative is of higher quality. My research on social networks shows how large, complex network structures emerge as the by-product of many individuals’ decisions on whom to interact with and whom to avoid. I’m proud to have received the Lynton Freeman (2010) and Raymond Boudon (2017) early career awards.

My paper with Vincenz Frey on the Wisdom of the Crowd is now out in Management Science. We find that especially in small groups (teams, juries, expert panels) social influence can prevent group dynamics from identifying the correct course of action.

Very happy to have been awarded the 2020 Robert K. Merton award for best paper in analytical sociology for my piece on self-correcting dynamics published last year in AJS!

I’m very pleased the International Society for Scientometrics and Informetrics (ISSI) just awarded Thijs Bol, Mathijs de Vaan and me their paper of the year award, for our article “The Matthew Effect in Science Funding” (PNAS 2018)!

It was just announced our article “The Matthew Effect in Science Funding” (with Thijs Bol and Mathijs de Vaan, PNAS, 2018) was awarded the Coleman Outstanding Article Award!

My article “Self-Reinforcing Dynamics in Social Influence Processes” which came out in American Journal of Sociology this month show that if a bad thing is temporarily more popular than a good thing, in the long run the good thing will tend to regain its natural dominance in popularity.

Our paper on the Matthew effect in science funding is now out in PNAS! We find that luck with early-career funding has a big ripple effect on subsequent academic success. It’s also discussed in Nature, Volkskrant and Trouw

The data and code from our study “Arbitrary Inequality in Reputation Systems” are now available at the Open Science Framework.

Only Fifteen Minutes? The Social Stratification of Fame in Printed Media